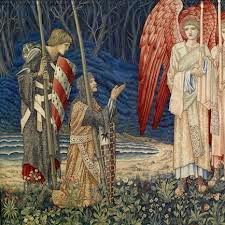 The crusaders have often been accused of barbarism — starting with the Byzantine princess Anna Comnena and more recently by 19th and 20th century historians, not to mention President Obama. Yet the crusaders viewed themselves as both civilized and virtuous. They, like the crusades themselves, were a product of one of the great civilizing movements of the medieval period: chivalry. To understand the crusaders, it is essential to understand that their religious faith was Roman Catholicism, but their secular faith was chivalry.  So just what was “chivalry”?

The biographer of William Marshal, one of the most famous knights of the late 12th and early 13th century — often held up as the personification of chivalry — answered the question as follows:
So strong a thing,
and of such hardihood,
and so costly in learning,
that a wicked man or low
dare not undertake it.

— but does little to explain the crusades or the crusaders. Based on the historical sources, including medieval handbooks on chivalry, literature and biographies, what follows is a more prosaic explanation:

Chivalry evolved out of the military and literary traditions of antiquity, and emerged at the beginning of the High Middle Ages as a concept that rapidly came to dominate the ethos and identity of the nobility. Chivalry is inextricably tied to knighthood, a phenomenon distinct to Europe in the Middle Ages. There have been cavalrymen in many different ages and societies, both before and after the High Middle Ages, but the cult of knighthood, including a special dubbing ceremony and a code of ethics, exists only in the Age of Chivalry. 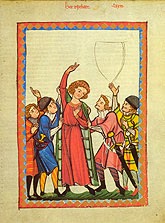 Chivalry was always an ideal. It defined the way a knight was supposed to behave. No one in the Middle Ages seriously expected every knight to live up that ideal all of the time. Even the heroes of chivalric romances usually fell short of the ideal at least some of the time – and many only achieved their goal and glory when they overcame the baser instincts or their natural shortcomings to live, however briefly, like “perfect, gentle knights.”

Chivalry was a code of behavior that young men were supposed to aspire to – not already have. The code was articulated and passed on to youths in the form of romances and poems lionizing the chivalrous deeds of fictional heroes. It was also recorded in the biographies of historical personages viewed as examples of chivalry, from William Marshal to Geoffrey de Charney and Edward, the Black Prince. Finally, there were a number of textbooks or handbooks that attempted to codify the essence of chivalry.

So what defined chivalry?

First and foremost, a knight was supposed to uphold justice by protecting the weak, particularly widows, orphans, and the Church. This is why it was so intimately intertwined with the Crusades. No knight could show his devotion to the Church more completely than by abandoning his secular interests to fight for the Holy Land. This is why protection of pilgrims was the primary mission of the Knights Templar, when they were founded. It is why protecting and providing care for the sick and infirm was the core function of the Knights Hospitaller. Chivalry gave knights — noble fighting men — a role that was profoundly Christian in nature and it was this Christian element that made chivalry utterly different from earlier warrior cults that stressed courage, strength and prowess at arms for their own sake. Achilles, remember, didn’t fight for any cause but his own fame, and the same was true of Norse and Germanic heroes before the advent of chivalry. 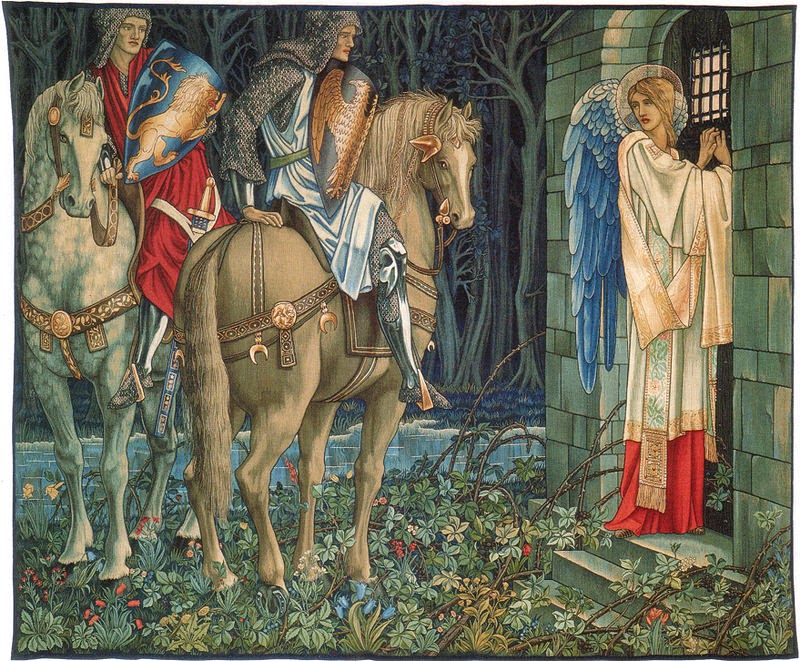 Second, while the monk-knights of the militant orders devoted their entire lives to the defense of the Church and others in a spirit of humility, secular knights were supposed to pursue a permanent quest for honor and glory, sometimes translated as “nobility.”

It was in this secular context that the troubadours introduced for the first time the notion that “a man could become more noble through love.” Thus love for a lady became a central – if not the central – concept of chivalry, particularly in literature. 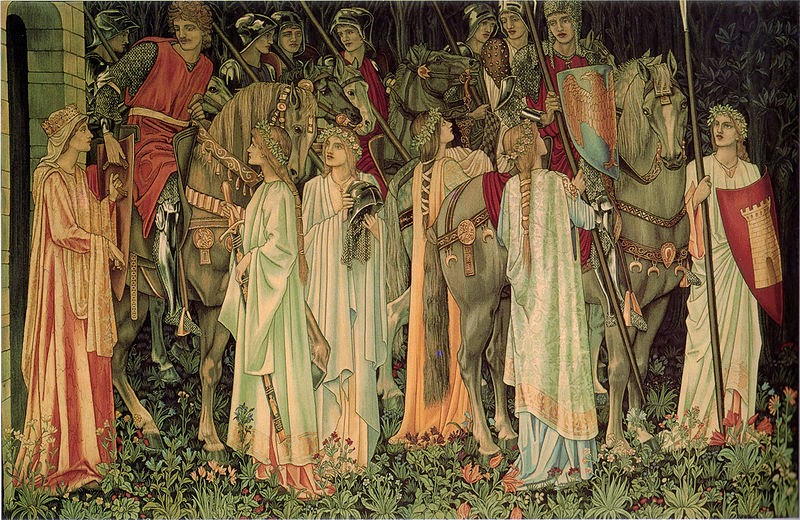 Notably, the chivalric notion of love was that it must be mutual, voluntary, and exclusive – on both sides. It could occur between husband and wife – and many of the romances such as Erec et Enide by Chrétien de Troyes or Wolfram von Eschenbach’s Parzival revolve in part or in whole around the love of a married couple. But the tradition of the troubadours put love for another man’s wife on an equal footing with love for one’s own – provided the lady returned the sentiment. The most famous of all adulterous lovers in the age of chivalry were, of course, Lancelot and Guinevere, closely followed by Tristan and Iseult.

Likewise noteworthy in a feudal world was the fact that the lover and the beloved were supposed to be valued not for their social status or their wealth, but for their personal virtues, albeit only within the band of society that was “noble.” By definition, the heroes of chivalry are knights, and their ladies are just that: ladies. Stories about peasants, priests, and merchants are simply not part of the genre, any more than lusting after a serving “wench” qualifies as “love” in the chivalric tradition. But within the chivalric class, a lady was to be loved and respected for her beauty, her graces, and her wisdom regardless of her status, and a knight was to be loved for his chivalric virtues, not his lands or titles.

So just what were those “chivalric virtues”? One of the handbooks on chivalry written by the Spanish nobleman Ramon Lull lists the virtues of a knight as: nobility, loyalty, honor, righteousness, prowess (courage), love, courtesy, diligence, cleanliness, generosity, sobriety, and perseverance. Wolfram von Eschenbach in Parzifal, on the other hand, stresses a strong sense of right and wrong, compassion for the unfortunate, generosity, kindness, humility, mercy, courtesy (particularly to ladies), and cleanliness.

I hope readers will agree these are the (ambitious!) virtues of civilized men, not barbarians.

Readers interested in learning more about this fascinating concept can turn to: