Muslims in the Crusader States

One of the most popular misconceptions about the crusader kingdoms is that the crusaders were a tiny Christian elite ruling over an oppressed Muslim population. This picture is incorrect in two regards: Muslims did not form the majority of the population and they were far from oppressed. Indeed, they lived significantly better than Christians did under Muslim rule. 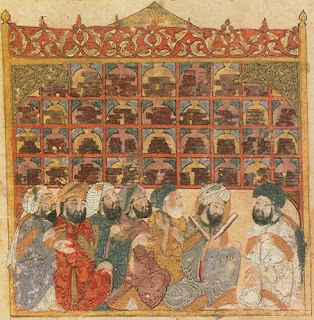 Looking first at the population structure, when the first crusaders arrived in the Levant at the end of the 11th century, the Holy Land was still at least half Christian. There were also still significant Jewish and Samaritan communities, making the Muslims the minority even before the large influx of Christian and Jewish immigrants from the West during the period of Frankish rule. Research has further demonstrated that the Muslim residents were concentrated in specific areas (e.g. around Tyre, in Samaria), while other parts of the crusader states such as Antioch, Tripoli, Beirut, and the area around Jerusalem itself were predominantly Christian.  Notably, the vast majority of the Muslims living in the Crusader States were not converts but immigrants, settlers from other parts of the Middle East, who had come to the Holy Land in search of a better life. (For more on this see: Feudalism in Outremer)

After the establishment of the crusader states in the early 12th century, the Muslim population was made up predominantly of peasants and nomads because the Islamic elite had been killed or (more often) allowed to emigrate on surrender. In short, whether they had come with Abbasids, Fatimids or Seljuks, the wealthy and educated Muslims who had formed the ruling-class during the four hundred years of Muslim dominance were pushed out of the Holy Land by the Christian invaders. They returned to territories still controlled by Muslims. Left behind were the poor, the poorly educated, the non-political, those who had no place to go and no expectations of being powerful somewhere else since they had never had power. 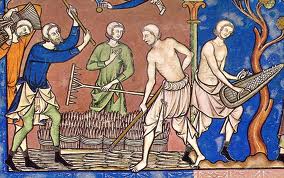 These simple people were, based on Arab accounts, treated no worse -- and possibly better -- by their Christian overlords and landlords than they had been treated by their Turkish ones. For example, Ibn Jubair, who visited the Kingdom of Jerusalem in 1183 from Grenada, noted that the Muslim peasants he saw in Galilee were living "in a state of contentment with the Franks." (Christie, Niall, Muslims and Crusaders. Routledge, 2014. p. 69) Significantly, Ibn Jubair reports that they received "justice" from their Frankish overlords compared to "tyranny" from Muslim lords in neighboring countries. Clearly, they did not feel unjustly discriminated against.

Strikingly, the Muslims in the crusader states were treated markedly better than Christians and Jews living under Muslim rule -- the obvious point of comparison.  To be sure, like dhimmis (Christians and Jews in Muslim states), Muslims in the crusader states paid an extra tax.  They were not, however, forced to wear distinctive clothing as Christians and Jews were forced to do in Muslim-controlled states. Furthermore, Muslims could travel freely about the kingdom, engage in trade and be both patients and doctors at the establishments of the Hospitallers.

Most important, however, was the freedom to practice of religion.  In Muslim controlled regions, Christians were prohibited from building churches, worshiping in public, or speaking Christian texts out loud -- even in a private place.  The Franks, on the other hand, allowed Muslims to practice Islam and worship publicly. Given their own treatment of Christians, Muslim sources noted with surprise that mosques were allowed to function in the crusader states and Muslim subjects were allowed to visit not only the Dome of the Rock but other sites of importance to Islam as well as participate in the haj. Furthermore, where mosques were converted into churches, special areas remained set aside for Muslim worship.


Behind this astonishing tolerance lay the fundamental fact, that as Andrew Jotischky notes, “the First Crusade was a war of liberation and conquest; it was not a war for the extermination or conversion of Muslims.” (Jotischky, Andrew. Crusading and the Crusader States. Pearson Longman, 2004, p. 127) Far from being forced to convert, the Muslim villagers were allowed to live largely as they always had before, governed at the local level by their own elders and religious leaders. Thus there was a council of elders who in turn appointed a “rayse” to represent the community to the Christian lord, while all spiritual and social matters were regulated by the imams in the community in accordance with Sharia law.

Arguably even more important, in cases of conflict between parties of different faiths, a special court, the Cour de la Fonde, had jurisdiction. Again, this is in sharp contrast to the situation of Christians and Jews under Muslim rule, who were always brought before the Qadi, or Islamic judge, in cases involving a Muslim.

Other factors contributing to a sense of well-being among the Muslim population were the exemption from military service and overall economic prosperity. The Franks did not trust their Muslim subjects sufficiently to trust them in battle against their fellow Muslims. This meant that Muslim peasants in Christian territory (unlike their Christian neighbors) were free from conscription, while Muslim farmers living on the other side of the border were obliged to serve as the infantry for the armies of Islam.

Finally, the Franks brought a number of innovations to farming and invested extensively in infrastructure from roads to irrigation and mills. This combined with the revival of the ports made the Frankish territories substantially more prosperous during the crusader period than they had been before or were afterward. The Muslim population in the crusader states benefited from the increased prosperity of the region, particularly the increased trading opportunities, no less than the native Christian population did. 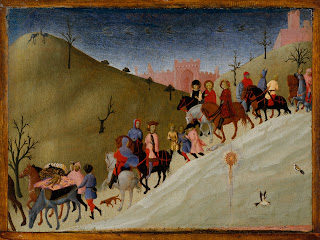 Perhaps it was the religious freedom, perhaps the higher standards of living, but whatever the cause the Muslim population was not rebellious. There is not one recorded instance of a Muslim revolt or riots.  Indeed, even during Saracen invasions of Christian territory, there is no evidence of widespread cooperation and collaboration on the part of the Muslim inhabitants of the crusader states with the Saracen invaders.

Furthermore, the archaeological evidence of isolated farms and manors, as well as the towns and villages built without any kind of fortification, is evidence that the Christian elites did not fear the Muslims living inside their territories. The construction of defenses can be clearly dated to periods of external threat rather than related to a fear of the local population.

Hard as it is for people to believe, the Franks lived in evident harmony with their Muslim subjects.


Crusader society is depicted as accurately as possible in all of my novels set in Outremer: