Origins of the House of Ibelin - Barison, 1st Baron of Ibelin

While the origins of the House of Ibelin remain obscure to this day, one thing is certain: the first "Ibelin" was an adventurer, a man who made his fortune in the Holy Land. He was one of those men described by Fulk de Chartres, who soon "forgot" his origins and identified wholly with his new land and life in Outremer. 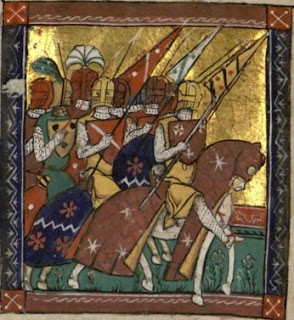 From the beginning of the 14th century, the Ibelins claimed their descent from the Counts of Chartres, but most historians dismiss this claim as concocted. Peter Edbury, one of the most important modern historians of the crusader states, writing in 1991 claims  "onomastic evidence points to a presumably less exalted Italian background, perhaps in Pisa or Sardinia.” (Edbury, The Kingdom of Cyprus and the Crusades 1191 -1374, p. 39) Six years later, however, Edbury had revised his thesis slightly, now suggesting Tuscan or Ligurian origins (Edbury, John of Ibelin and the Kingdom of Jerusalem, p. 4).

Sir Steven Runciman, in contrast, claimed that the house of Ibelin “was founded by the younger brother of a certain Guelin, who was deputy viscount of Chartres, that is to say, the Count of Blois’ representative in Chartres; and such officers in those days did not enjoy hereditary rank but were often drawn from lawyers’ families.” Runciman's preference for this version may have been influenced by the hindsight: so many of the 13th-century Ibelins were renowned lawyers.

Whatever his place of origin and whatever he called himself before coming to the Holy Land, the first man to identify himself as an “Ibelin” was a certain Barisan. Not only are his origins unknown, so is his date of birth. All that we know about him for certain is that in 1115 he was already “Constable” of Jaffa. To hold such an important and vital post, he would have had to be a fairly mature man, one who had already proved himself, especially in light of his non-noble birth. A date of birth around 1185 is therefore most logical.

His first recorded marriage was in 1138, when he married Helvis, the daughter of Baldwin, Baron of Ramla/Mirabel. Since Helvis had a brother, Renier, and Barisan was not a baron at the time of this marriage, it seems likely that Helvis was not yet the heiress of Ramla at the time of her marriage. 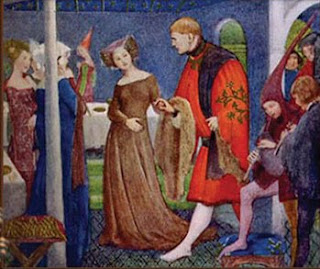 Indeed, Hans Eberhard Mayer in his meticulous examination of charter evidence published in his essay "Carving up Crusader: the Early Ibelins and Ramla," [published in Mayer, Hans Eberhard. Kings and Lords in the Latin Kingdom of Jerusalem. Ashgate. 1994, XV] shows that Barisan never used the title of "Ramla." On the other hand, Renier entered a successful claim to Ramla when he came of age in 1143 or 1144.  Renier died in 1148, however, without issue and the title at that time passed to Helvis, his sister -- not to Barisan.

Barisan did not obtain a title of nobility until 1141 or 1142 when he was granted the new castle built at Ibelin. This castle had been built by the crown as a bastion against attacks from Muslim-held Ascalon. The lordship that went with the castle owned just 10 knights to the feudal levee and was held in fief from the Count of Jaffa, not directly from the crown. 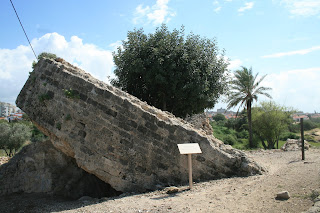 Barisan-the-Elder died in 1150.  He probably died peacefully in his bed, as a more spectacular death would have been more likely to attract comment. He would have been about 65 years old when he died, which was a ripe old age in the early 12th century, particularly for a man who had spent most of his life fighting in a notoriously brutal environment.

He left behind three sons, Hugh, Baldwin and his namesake Barisan, more commonly known as Balian, who was an infant of less than a year at his father's death. In addition, the founder of he House of Ibelin fathered two daughters, Ermengarde, the wife of William de Bures, Prince of Galilee, and Stephanie, who either died young or joined a convent as she did not marry.

On his death bed, he would have been justified in being well-pleased with his rise from bourgeois adventurer to baron in the Holy Land. At his death, he could hardly envisage the power, prestige, and fame that his descendants would achieve over the next two centuries.

The story of the Ibelins continues next week.
Meanwhile, the Ibelins are the protagonists of six of my novels.