The Stronghold of the Lusignans - St. Hilarion Castle 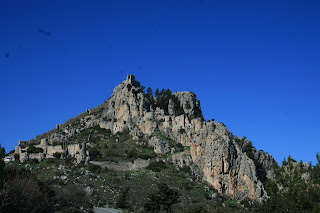 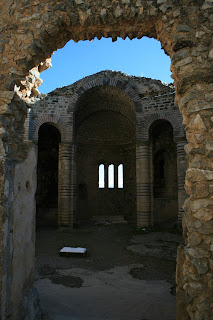 Remnants of the Castle Church
The castle boasts three lines of defense and was never taken by assault. It was, however, frequently besieged. 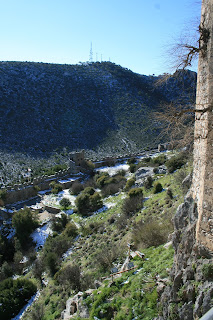 View from the upper to the lower ward.
In July/August 1228, after Emperor Friedrich II accused John d'Ibelin of malfeasance and attempted to seize his fief without trial, Ibelin secured control of St. Hilarion, had it well provisioned and moved his supporters' dependents there in preparation for a confrontation.  Ibelin was persuaded to turn the castle over to the King of Cyprus in exchange for the release of his two hostage sons -- or vice versa, depending on how one interprets the negotiations. 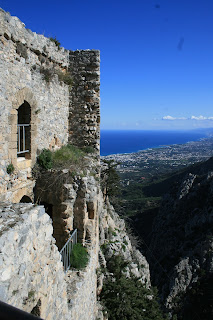 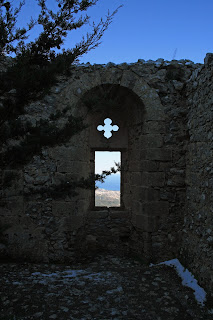 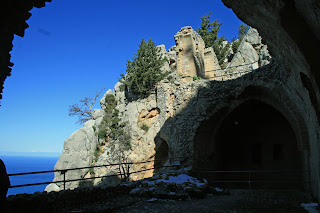 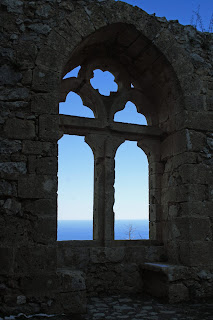 After that, like Kantara, it lost relevance and fell into disrepair and finally ruin from the 16th century onwards.
St. Hilarion features in several of my novels set in medieval Cyprus including:

Find out more and/or buy at:  Crusades (helenapschrader.com)