Slavery in the Crusader Kingdoms

The surrender of Jerusalem in 1187 resulted in between twelve and fifteen thousand Christians being taken into slavery. The entire Christian population of Jaffa and many lesser places had already been enslaved. Some historians claim that as many as 100,000 Christians were subjected to slavery as a result of Saladin's conquest of the Kingdom of Jerusalem, although I think a figure of forty to fifty thousand is a more reasonable estimate. Even the lower figure would have represented between 6 and 9 % of the total population. It is important to put this devastating development into perspective. 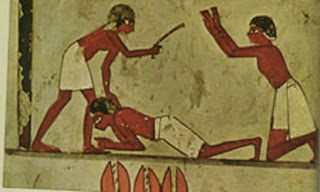 Slavery has tragically been part of the human condition for as long as we have recorded history. The Ancient Egyptians, Assyrians, Persians — and Ancient Greeks and Romans — were all slave-owning societies. Slavery persists even today in places like Morocco and other parts of the Sahel but is — to my knowledge — no longer legal anywhere on earth. 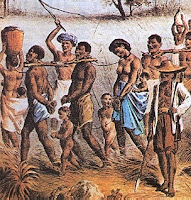 However, the infamous black slave trade of the 18th and 19th centuries and the appalling emergence of slave societies in the New World have largely obscured the fact that for nearly a thousand years Christianity had a strong inhibiting effect on slavery in the Western World. From about 600 onwards, Western Europe became increasingly slave-free as the Vikings converted to Christianity and the Reconquista gradually pushed back the Moors in Spain. By about 1,000 AD, across Western Europe from Norway to the frontiers of Christianity in Spain and Prussia it was no longer acceptable to hold Christians as slaves. In Western Europe, slavery was replaced by the far more progressive institution of serfdom that accorded even the lowest strata of society rights and dignity unthinkable for chattel slaves.

The attitude of the Orthodox Church was less rigorous than the Roman Catholic Church, however.  In the Byzantine Empire slaves were common. Although the majority of these slaves were non-Christians, being Slavs and Muslims captured in warfare or purchased from traders who imported them from non-Christian territories, there are records of poor Christians selling their children. This suggests that in a society that tolerated slaves, the possession of Christian slaves was either not wholly prohibited or the prohibition was not enforced. Meanwhile, throughout the Muslim world slavery was widespread and perfectly acceptable without any scruples about the enslavement of fellow Muslims. 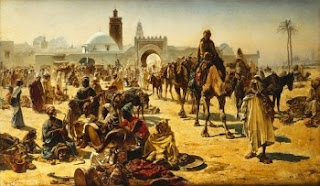 The establishment of Western/Latin kingdoms in the Levant, therefore, brought an immediate collision between Western and Eastern practices with respect to slavery -- as well as with respect to the treatment of women. As with women, the crusader kingdoms remained largely true to Western (Latin) traditions, and the enslavement of Christians is not documented among the Latin elite. However, the majority of the inhabitants of the crusader kingdoms had previously been subject to Roman, Arab and Turkish rule — all of which condoned slavery, and thus the Latin settlers found themselves surrounded by slave-owning societies. More important, they soon learned that if they fell into enemy hands and could not raise a ransom, they too would become slaves.

Imad ad-Din’s description of what became of Christian prisoners is eloquent:

…men … had to accustom themselves to an unaccustomed humiliation, and …well-guarded women were profaned, … nubile girls married, and noble women given away, and miserly women forced to yield themselves, and women who had been kept hidden stripped of their modesty, and serious women made ridiculous, and women kept in private now set in public, and free women occupied, and precious ones used for hard work and pretty things put to the test, and virgins dishonored and proud women deflowered, … and untamed ones tamed, and happy ones made to weep!

The Arab custom of enslaving captive Christians explains why captured Muslim prisoners were in return often subjected to slavery by their Christian captors.  Thus, as was typical for the crusader kingdoms, a kind of hybrid society in which Western and Eastern customs lived side-by-side emerged.

The custom of keeping captured enemies as slaves, however, had another purpose as well. It provided the Christian kingdoms with a bargaining chip for the release of their own captives. Balian d’Ibelin threatened to kill the five thousand Muslim captives held in Jerusalem if Saladin would not give him terms. Even more famously, the terms of the surrender agreed to between the Muslim defenders of Acre and Richard the Lionheart in 1191 included (depending on source) either the release of all enslaved Christians or the same number of Christians as Muslims who surrendered at Acre (ca. 1,500). It was, according to the old French continuation of William of Tyre, Saladin’s failure to comply with this condition that caused Richard to slaughter the garrison of Acre. Far too many modern historians ignore this factor — the rage and desperation on the part of the relatives of Christian captives that Richard (as commander) was responding to when he ordered the execution of the garrison -- when they judge Richard’s action at Acre. 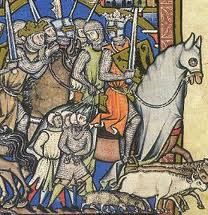 However, unlike the antebellum South in the U.S., agriculture in the crusader states was carried out predominantly by native peasants and Latin settlers. The former enjoyed a status similar to serfs, which meant they were tied to the land but by no means chattel slaves, while the latter enjoyed even higher status as freemen. Slaves may have provided the labor on sugar plantations, and may also have been used for large building projects, but they did not provide the skilled labor needed in the urban economies that dominated the Latin East. Thus, despite the undeniable existence of Muslim slaves within the crusader kingdoms, the crusader states cannot be considered “slave states” — in sharp contrast to their opponents in Egypt, Syria and the Turkish states.
Shamefully, however, the slave trade was a significant component of the trade carried out by the Italian maritime powers operating in the Levant. It was the Italian city-states that dominated the lucrative slave trade, supplying the insatiable demand of Muslim markets for slaves from captives taken in (not yet Christianized) Eastern Europe. Indeed, slaves were one of the three most important imports to the Muslim Middle East along with iron and timber. This trade deserves double condemnation. On the one hand for its inherent inhumanity and, on the other, for contributing directly and significantly to the ability of the Muslim states to wage warfare against the crusader states; Muslim armies of this time relied heavily on Mamluks or slave soldiers.

Crusader society is described in award-winning: