Last week I described the many disappointments of Princess Sibylla's early life -- from the banishment of her mother and the death of her first husband to being twice jilted by European noblemen. Today we pick up her story in 1180. 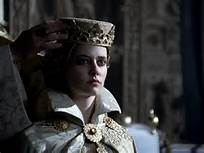 Sibylla was now approaching 20 years of age and had been a widow for three years. Two noblemen from Europe had jilted her, and one had been rejected on her behalf by the High Court of Jerusalem. Her name was apparently associated with the Baron of Ramla, who had set aside his first wife (according to Ernoul) to be able to marry her, but there had been no official announcement of a betrothal. Then, abruptly at Easter 1180, only weeks after Burgundy’s decision could have been made known to her, she married the landless, fourth son of the Lord of Lusignan, Guy. 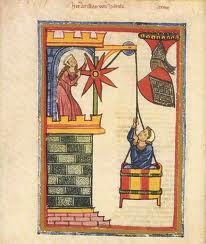 Guy de Lusignan was newly arrived in the Holy Land, probably arriving at much the same time as the news that Burgundy was not coming. Meanwhile, Ramla was in Constantinople trying to raise his ransom. Shortly before Easter, according to William of Tyre, and shortly after the news of Burgundy’s default on his promise, King Baldwin learned that Prince Bohemond of Antioch and the Count of Tripoli had entered the kingdom with an army. According to Tyre, Baldwin became so terrified that they had come to lay claim to his kingdom that he “hastened his sister’s marriage” to a man that Tyre patently describes unworthy of her (Guy de Lusignan), adding pompously “acting on impulse causes harm to everything.”

With all due respect for the Archbishop of Tyre, his explanation of Sybilla’s marriage to Guy makes no sense at all. Antioch and Tripoli were Baldwin’s closest relatives on his father’s side. They had been bulwarks of his reign up to now, Tripoli had served as his regent, and they continued to be his supporters to his death. Baldwin himself chose Tripoli to act as regent again for his nephew. There is no trace of evidence — except this speculation by Tyre — of treason on their part at any time during Baldwin IV’s life. Even Tyre admits that they “completed their religious devotions in the normal way” and returned home without the least fuss upon learning that Sibylla was already married. That’s hardly the way men intending a coup d’etat would have reacted. In short, they probably came to Jerusalem for Easter and, despite having large entourages with them (as nobles of the period were wont to have), they never posed any threat to the king.

A far better explanation of what happened is offered by the much-maligned Ernoul. He claims that Guy de Lusignan seduced Sibylla, that Baldwin threatened to hang him for “debauching” a Princess of Jerusalem, and was then persuaded by his mother (the highly influential but self-serving and far from intelligent Agnes de Courtenay) and the tears of his sister to relent and allow Sibylla to marry Guy. This explanation of events makes perfect sense and appears borne out by Sibylla’s subsequent behavior. Sibylla had just been jilted for a second time. She was probably feeling very sorry for herself and may even have been wondering if something was “wrong” with her.  Ramla may have been his own choice for her husband rather than hers--or he might just have been too far away at a critical moment. Suddenly, there was a dashing, handsome young nobleman who was paying court to her, flattering her, making love to her. She fell for him. Not a terribly unusual thing for a 20 year old girl, who was no virgin but a widow and mother.

The evidence that Guy was Sibylla’s choice and not her brother’s is provided by subsequent events. Within three years, Baldwin IV was desperately trying to find a way to annul her marriage while Sibylla was doing everything she could to prevent it. Had Sibylla been forced into a dynastic marriage by her brother in 1180, she would have been just as willingly talked into a dynastic divorce in 1183/1184. She was not.

What is more, by the time her brother and young son by Montferrat were dead, it was obvious that virtually the entire High Court, secular and sacred, mistrusted her husband Guy and did not want to see him crowned king beside her. Bernard Hamilton in his excellent history of Baldwin’s reign, The Leper King and his Heirs, admits that even sources favorable to Guy de Lusignan admit that Sibylla’s supporters “required her to divorce Guy before they would recognize her as queen.” (The Leper King, p. 218.) Sibylla reportedly agreed to divorce Guy but asked that she be allowed to choose her next husband. This was agreed to. She then proceeded to choose Guy as her next husband. By clinging to Guy as her husband and consort, she alienated not only the barons and bishops already opposed to her but also those who had loyally supported her on the condition she divorce Guy. Again, these are hardly the actions of a woman in a dynastic marriage, but very much the actions of a woman desperately in love with her man.

Normally, it is admirable for a wife to be devoted to her husband, as church chroniclers were quick to point out. For a queen, however, clinging to an unpopular man at the expense of alienating her entire nobility is neither intelligent nor wise.

Furthermore, it is rare for a man to provoke so much unanimous opposition and animosity as Guy de Lusignan. Even if we cannot fully fathom it today, there is no reason to think that hostility was baseless. On the contrary, Guy proved all his opponents right when within a year of usurping the throne (since he was never approved by the High Court he was not legally King of Jerusalem), he had lost roughly 17,000 Christian fighting men (the flower of Jerusalem’s Christian manhood!) at an avoidable defeat on the Horns of Hattin and, worse, lost the entire Kingdom of Jerusalem with it! Guy himself, furthermore, was a captive of Saladin, yet he ordered Ascalon to surrender to Saladin (when it might well have resisted), then promised Saladin never to take up arms against him again only to break his promise and lay siege to Muslim Acre. Guy had few if any redeeming characteristics, but that is getting ahead of the story.

In September of 1187, Sibylla found herself trapped in Jerusalem as the rest of the Kingdom crumbled before Saladin’s onslaught for lack of defenders because her husband had led them all into death and slavery. She was the reigning, crowned and anointed Queen, and she did nothing — except beg to be allowed to join her husband in captivity! A queen? Asking to be allowed to go into enemy captivity? This is more than a gesture of love, it is evidence of Sibylla’s utter stupidity and lack of sense.

Saladin naturally granted Sibylla the right to join her husband in captivity — what better way to ensure that his enemies were completely in his hands? Meanwhile, the defense of the last remnants of her kingdom fell to her former brother-in-law, Conrad de Montferrat, the younger brother of her first husband in Tyre, and the Baron of Ibelin in Jerusalem.

But Sibylla’s devotion to Guy was not broken even by the humiliation of captivity. When he was released, she joined him at the siege of Acre. While the Christians surrounded Muslim-controlled Acre, Saladin’s forces surrounded the Christian besiegers, hemming them in and cutting off all supplies except by sea. Deplorable conditions reigned, including acute hunger at times and, eventually, disease. Yet Sibylla, crowned Queen of Jerusalem, preferred to be with her beloved Guy than in any way act the part of queen. She paid the price. She died of fever with both her children by Guy in the squalor of the siege camp before Acre in 1190. She was 30 years old.

She shares the blame for losing the Holy Land with Guy de Lusignan because it was her stupidity and stubbornness that left the kingdom in the hands of an incompetent and despised man. At no time in her life did she show even a flicker of responsibility for the hundreds of thousands of Christians entrusted to her or a shred of royal dignity. Had she been a baker’s daughter and a butcher’s wife her devotion to her husband might have been admirable; as a queen she was a tragic clown.


Sibylla plays a major role in the award-winning Jerusalem Trilogy: