Blooming Landscapes: The Rural Economy of the Crusader States

Whether in films like “Kingdom of Heaven” or in novels like “Jerusalem” by Cecilia Holland, the crusader Kingdom of Jerusalem is most frequently depicted as a desert wasteland dotted with massive castles on barren hills. This image traces its roots at least in part to accounts by crusaders and pilgrims from Northern Europe, who found the Holy Land oppressively hot and comparatively dry. But those images are deceptive.

First, modern students of the crusader states should keep in mind that most pilgrims arrived in the spring, at the start of the warm, dry season, and departed in the fall before the rains.  Crusaders who remained longer in the Holy Land, like Richard the Lionheart, encountered drenching rain and even sleet and hail along with far less than tropical temperatures. More important despite some climate change over the last 800 years, it is reasonable to assume that the climate of the “Land of Milk and Honey” is not so very different today from what it was during the period of the crusades.

The landscape near the Sea of Galilee

The coast near Ascalon

In short, far from being a crucible of heat and sand, the Holy Land under Latin Christian rule was still a highly fertile and agriculturally productive environment. That was what made it so valuable to invaders from all corners of the earth over the millennia!

But the new rulers from the West did not simply take over the existing territory, they increased its productivity substantially. Of the estimated 650,000 inhabitants of the Kingdom of Jerusalem in the second half of the 12th century, roughly 140,000 were “Franks” — Frank being the collective term for the Western Europeans that came to the Holy Land in the 12th and 13th centuries. Of these, roughly half lived in rural villages. These sixty thousand rural “Frankish” settlers lived predominantly, archaeologists believe, in new settlements and so represented a significant influx of new agricultural labor and — even more important — brought more land under cultivation.

Equally important and far too often under-estimated, the Western settlers that came to the Holy Land during the first century of Latin rule, adapted their agricultural techniques to the new environment so effectively that their presence led to what historian Malcolm Barber calls a “agricultural revival” of the region. Thus, in addition to traditional Mediterranean products such as wheat, barley, olives and grapes, with which they were already familiar, the Western settlers in the crusader states developed commercial production of dates, sugar cane, figs, bananas and citrus fruits. The cities of Outremer — including Jerusalem itself — were not surrounded by barren desert but rather by a blooming agricultural landscape of orchards and plantations catering to the urban population. 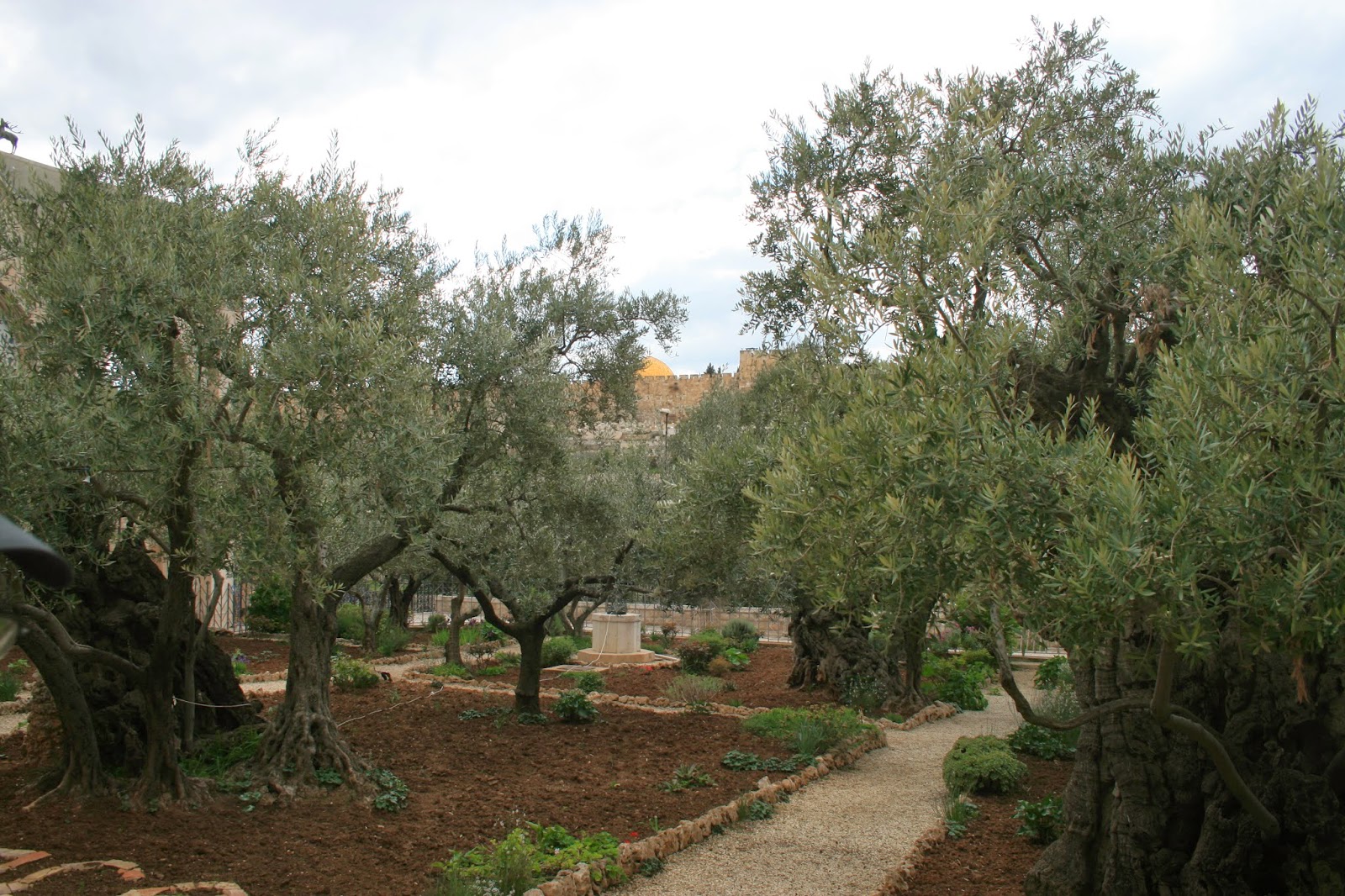 The ancient olive orchard outside Jerusalem - The Mount of Olives - as probably been here since crusader times.

The archaeological evidence further suggests that the typical settler village was not walled, did not have a citadel or tall keep or even a defensible church tower as in other “frontier” areas as, for example, Prussia. This discovery strongly undermines the notion that the Franks lived in constant fear of the more populous native population. Rather the pattern of settlement reproduced typical settlement patterns of Southern France adapted architecturally to the climate, and so reinforces the thesis that the Franks in Outremer lived in harmony with their neighbors.  The great castles and walled cities were built to protect the entire population from foreign (Saracen) invasions, not to protect the local lords from their subjects.

It should also be remembered that even the non-Frank workers on the farms and in the factories were not slaves. They were for the most part natives of the region, which meant they were predominantly Christian and their status was similar to that of serfs in Western Europe. They had clearly defined rights and privileges as well as obligations, and they were ruled by local administrators of the same faith, who administered traditional law rather than imposing foreign customs on the population. Even Muslims and Jews retained a strong degree of judicial autonomy in settling family and civil cases.

Far from being the desert battleground of popular literature and film, the Kingdom of Jerusalem — like the Kingdom of Cyprus — were agriculturally fertile, rich kingdoms in a mild, Mediterranean climate. This was the land of “milk and honey” that had seduced — and continues to seduce — conquerors since the start of recorded time.