The crusader kingdoms were a remarkable achievement that astonished the contemporary world. But less than a half century after the re-capture of Jerusalem by Christian forces, the new crusader states suffered their first set back. In 1144, the Principality of Edessa was captured by Saracen forces. By 1146 the Principality of Antioch was also threatened, and an appeal went out – not to the Byzantine Emperor, who was deemed untrustworthy, but to the West, which had provided the forces that had taken Jerusalem in 1099 and with which the ruling elite retained cultural, linguistic and family ties.

This call for help elicited an enthusiastic response. This time even kings were persuaded to take the cross (i.e., the crusader vow): namely, the King of France, King Louis VII, and the Holy Roman Emperor, Konrad III. Furthermore, Bernard of Clairvaux, one of the most respected clerics of the age and a gifted orator, preached passionately in favor of the new crusade. 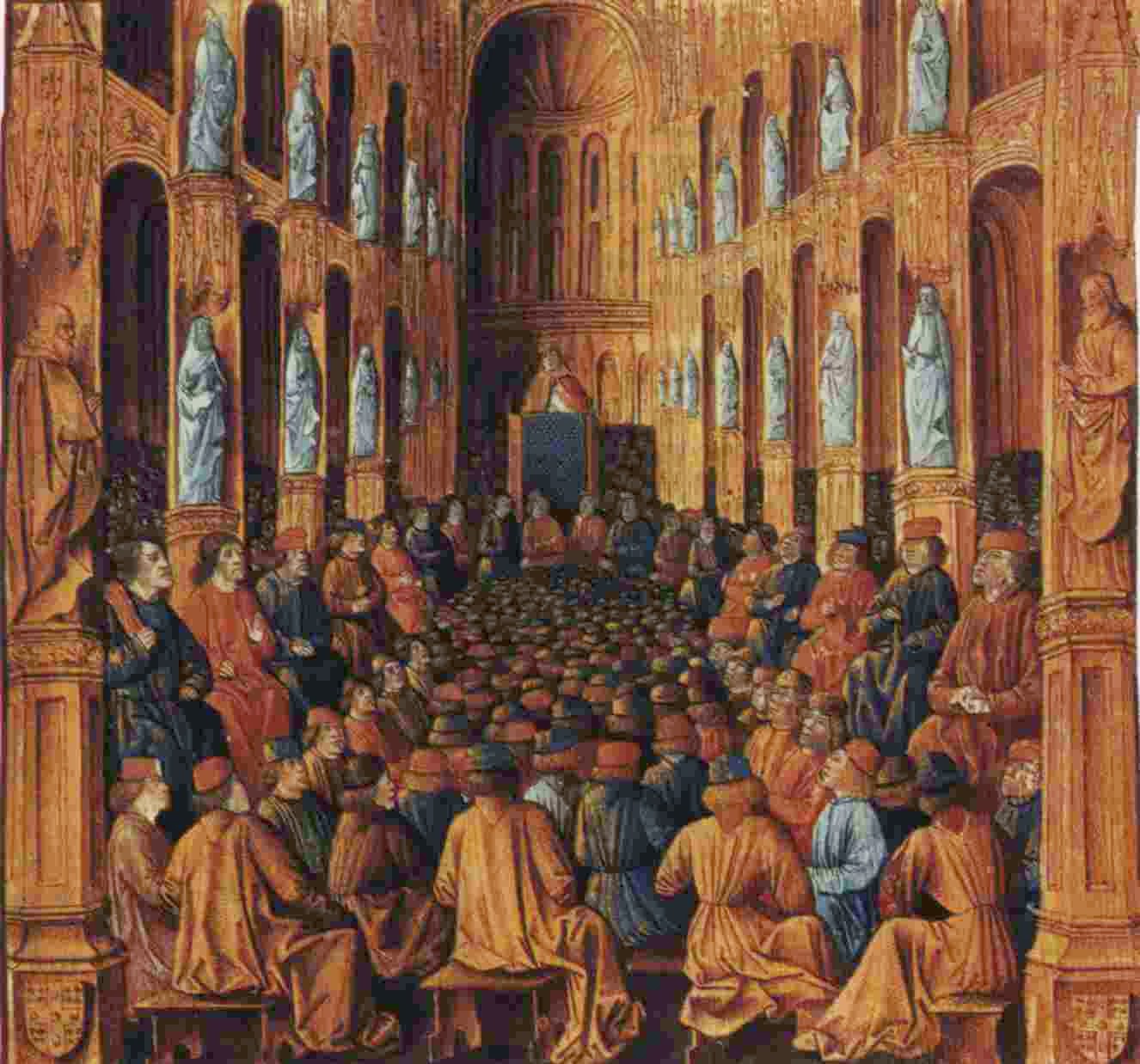 The Holy Roman Emperor Konrad raised about 80,000 troops and set out first, but his army was so decimated by cavalry attacks, heat, and hunger after crossing into territory held by the Seljuks that he returned to Nicaea while what remained of his army (approximately 7,000 men) joined forces with the French. Louis’ army (including his wife, Eleanor of Aquitaine) advanced slowly, and despite several serious set-backs and one significant defeat (which will be described in more detail in my next post), eventually reached Jerusalem in the spring of 1148 with an estimated 50,000 men.

There the fateful decision was made to try to seize Damascus, to relieve the pressure on the narrowest part of the crusader foothold at Tyre and Tripoli. Ironically, the Muslim ruler of Damascus was one of the Saracen leaders, who had been willing to compromise and negotiate with the crusader kingdoms in the East. The siege made an enemy of a former ally and pushed him into the arms of the jihadists -- which wouldn't have been disastrous if the campaign had been successful.  However, although a siege was established, squabbles among the leaders and then news that a strong Saracen relief army was on the way spread so much panic among the crusaders that the crusading army disintegrated. They had made a new enemy for nothing and squandered the reinforcements from the West.

Worst of all, however, this humiliating failure profoundly damaged the entire concept of crusades and crusading in the West.  It demonstrated that “God” was not inherently on the side of the crusaders and that victory was not assured. It also helped restore both unity and confidence among the Saracen leaders.
Posted by Helena P. Schrader at 12:00 AM