Henry I of Cyprus - Part I - The Child King


In short, Henry I may deserve a reassessment. 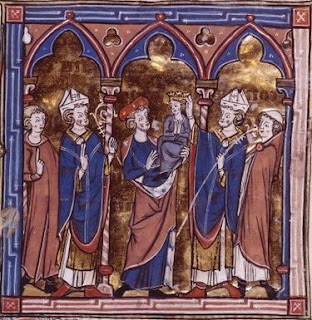 Henry was born May 3, 1217, the third child but the first son of King Hugh I of Cyprus and his queen Alice de Champagne. (Alice was the daughter of Isabella I of Jerusalem and her third husband Henri de Champagne.) When Henry was just eight months old, his father died suddenly, while absent from the kingdom on the Fifth Crusade.


According to the constitution of the kingdom, a minor king’s regent was his nearest relative resident in the Latin East, in this case, Henry’s mother Alice de Champagne. However, Alice showed remarkably little interest in wielding political power. Instead, she willingly ceded the power of government to a “Baillie” (a deputy) elected by the High Court of Cyprus, while retaining for herself the revenues of the kingdom.  The High Court, allegedly unanimously, elected in accordance with the dying wishes of King Hugh Philip d’Ibelin.  Philip was the younger son of Balian d’Ibelin and his wife the Dowager Queen of Jerusalem, Maria Comnena. He was, therefore, the maternal uncle of the ruling Queen of Jerusalem Maria, and also the brother of the Lord of Beirut, John d’Ibelin.


The new baillie’s first task was to ward off an attempt by the Duke of Austria to disinherit his young king altogether. The Duke of Austria presumably claimed Cyprus as spoils of the Third Crusade that his erstwhile prisoner Richard the Lionheart owed him in some way. The challenge was rebuffed by the barons of Cyprus led by Ibelin.


The next challenge was no less dangerous. In an effort to reduce the pressure on Egypt posed by the Fifth Crusade, the Ayyubids mounted a raid on Cyprus’ principal southern port, Limassol. Ships were burnt in the harbor and allegedly 13,000 Cypriots were killed or captured. This was the first Arab attack on Cyprus in roughly two hundred years and must have terrified the population and shaken the government under Ibelin, who very likely pulled troops out of the crusade to defend Cyprus. 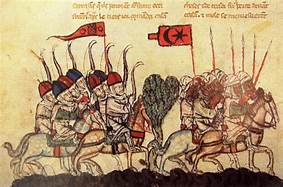 Two years later, Cyprus was devastated by a severe earthquake which did damage to all three major cities, Nicosia, Limassol and Paphos. The latter was particularly impacted, with the castle and much of the city leveled. The extent to which Henry, a child of less than five, was aware of any of these events is questionable, but it is likely that he was aware of unease among his household.


The next crisis, however, impacted him directly. In 1223, Henry’s mother and his regent clashed so severely that his mother left Cyprus altogether, abandoning Henry and his two sisters to go to Antioch. From 1224 onwards, Henry was no longer in his mother’s care, but that of his baillie, Philip d’Ibelin. Henry was, however, by now seven years old. In the 13th century, this was the age at which boys often went to live with more distant relatives to begin their education and training as future knights and nobles. Henry, therefore, may not have found the transfer of guardianship and control particularly alarming. After all, he remained in the royal palace in Nicosia with his sisters, and his education and tutelage were in the hands of a man he already knew, his great-uncle, Philip. 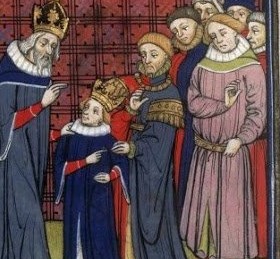 Tellingly, the trigger for the dispute between Philip d’Ibelin and Alice of Champagne were tithes that had up to that time been paid to the Greek Church. Alice wanted these transferred to the Latin Church. Ibelin (the son of a Byzantine princess) argued before the High Court of Cyprus that “Greek priests should not be fleeced to satisfy the greed of Latin priests.” He further claimed that the Latin clergy was detested by the population, seditious and corrupt.[4] To the day he died, King Henry was to be a champion of the Greek Orthodox Church against encroachments by the Latin clergy. Indeed, he died in the midst of a dispute with the Latin Archbishop of Nicosia related to this issue.


In 1224, however, Henry is more likely to have focused on the fact that his mother re-married, taking as her husband the eldest son of the Prince of Antioch. She then tried to convince the High Court of Cyprus to recognize her new husband as her regent. She ran into stiff and unanimous opposition. The barons of Cyprus suspected Bohemond of Antioch of wanting to establish his own dynasty on the island of Cyprus, something that would require eliminating young King Henry and replacing him with a child he sired.


It is before this threat, perhaps, that one should see the surprise decision taken by the Cypriot High Court to crown Henry king in 1225 when Henry was only eight years old. There are other precedents of children being crowned at this age or younger (e.g. Baldwin V), but the circumstances differed. While most historians — with the benefit of hindsight — suspect Philip d’Ibelin of trying to check-mate expected attempts by the Holy Roman Emperor to take control of the island kingdom, it is just as possible he countering continued maneuvering from Alice of Champagne. 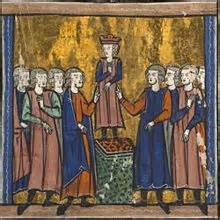 In 1227, Alice of Champagne made a second attempt to replace Philip d’Ibelin with a man of her choosing. This time she nominated a certain Amaury Barlais, one of the barons of Cyprus. Although Barlais had opposed Bohemond of Antioch, he readily accepted the Dowager Queen’s offer to take the reins of government himself. However,  the majority of the High Court of Cyprus again balked and refused to recognize Barlais’ claim to rule for Queen Alice. Although King Henry at age ten had nothing to say in these affairs, Philip d’Ibelin was the closest thing to a father that he had ever known. It is therefore unlikely that he wanted to see him replaced by a stranger.


Yet in December 1227, Henry had no choice but to accept a change of regent: Philip d’Ibelin died after a long and debilitating (but undefined) illness. The High Court of Cyprus turned Henry’s fate and government over to Philip’s elder brother John. The reasons for choosing him are not recorded, but they were probably two-fold. On the one hand, Beirut was the closest male relative of the young king resident in Outremer, and on the other hand, he had experience in ruling a kingdom. From 1205 to 1210, he had been regent of Jerusalem for the then immature Marie de Champagne, the sister of Alice of Champagne. His rule was widely viewed as prudent and wise.


To what extent Henry knew John d’Ibelin before he assumed the role of Baillie in Cyprus is uncertain. Even after surrendering the regency to Marie de Champagne’s husband John de Brienne at her marriage, John held the rich and important Syrian barony of Beirut that he had built from ruins. This would have demanded the bulk of his time, and probably precluded him from spending much time in Cyprus prior to assuming the role of Baillie.


Nor did the Lord of Beirut have much time to develop a strong rapport with King Henry before a political whirlwind descended on the island in the form of the Holy Roman Emperor Frederick II. Henry’s grandfather, Aimery de Lusignan, had done homage to the Frederick II’s father for the island of Cyprus in exchange for a crown. As a result, Henry I was technically a vassal of the Holy Roman Emperor — and he was about to learn what that meant. 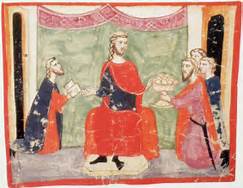 Next week I look at the Sixth Crusade and its impact on Henry de Lusignan and his kingdom.

Henry I is an important character in: 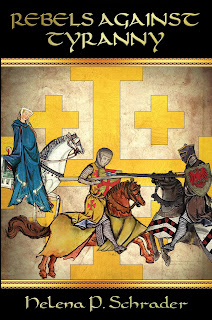