The Lost Learning of the Middle Ages

The notion that most "knowledge" was somehow "lost" during the Middle Ages is so widespread that it seemed appropriate to address the topic here. The common thesis is that during the "Dark Ages" (variously defined as the period from the fall of Rome to the First Crusade or the entire thousand years from the Fall of Rome to the discovery of America) all knowledge that had been gained in the ancient world was forgotten -- or even suppressed by the Church -- in Western Europe. Only contact with the "enlightened" Arab world enabled the "rediscovery" of all the things the ancients had known. 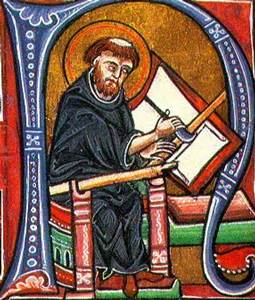 To respond to these, let’s look at two kinds of knowledge: 1) philosophical, theoretical, scientific knowledge of the kind written down by the great thinkers of antiquity, and 2) practical knowledge like engineering, architecture, and technology for agriculture and transportation.

During the Middle Ages, the Church, notably monasteries and nunneries, were the most effective centers for the preservation of classical literature and thought in the period immediately following the "fall" of the Roman Empire. This was especially so in the Eastern Roman Empire where monasteries were not immediately threatened, but more important in the West where they were. It is important to understand that it was in these religious institutions that the teachings not only of Christ but of Aristotle and Plato were preserved, copied, read, studied and analyzed. 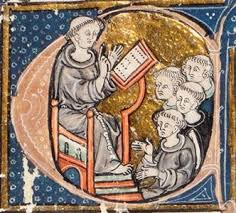 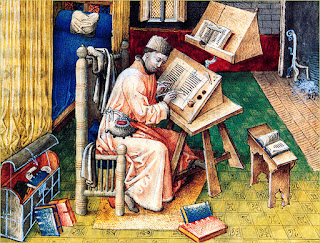 The learning taught in these universities was not confined to scripture. On the contrary, study of ancient Greek and Roman texts was an essential component of medieval higher education. It is a fallacy -- but a frequently repeated and propagated one -- that knowledge of classical texts were "re-discovered" in the Renaissance after such knowledge was "preserved" by the Muslims. This is nonsense. The University of Bologna at its inception was focused on teaching Roman law -- that is ancient Roman not canon law! The principal sources used for teaching medicine in medieval universities were Hippocrates, Galen and Avicenna. Aristotle and Plato were hotly debated in studies of law, politics, logic, and philosophy. Universities also provided study of mathematics and the natural sciences, based largely on classical but also Byzantine and even Muslim scholars. The university culture at this time, furthermore, was based on debates, disputations, and the requirement to read extensively in order to pass examinations, which entailed defending ones ideas before a panel of established scholars. The concept of "peer review" and defense of a doctrinal dissertation today is based on this medieval tradition. 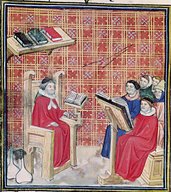 Just one small example, the knowledge that the earth was a sphere was widespread in intellectual circles in the Middle Ages. In the 6th century, for example, Bishop Isidore of Seville included the fact that the earth was round in his encyclopedia. The Venerable Bede writing roughly a century later described the earth as an "orb" at the center of the universe. Hildegard von Bingen writing the 11th century described the earth as a sphere, no less than did Dante's Divine Comedy written in the 14th century. Galileo was condemned NOT in the Middle Ages, but in the so-called Renaissance; furthermore, he was condemned not for saying the earth was round, but rather that the earth revolved around the sun rather than the reverse.

The Middle Ages, including the early period still unfortunately described by non-historians as the “Dark Ages, was a period of significant technological, intellectual, and cultural developments that greatly improved standards of livings for rich and poor alike.

Below is a list of some of the more remarkable or important technological achievements.

It was the period in which polyphonic music was developed along with a means of recording music (the musical score). 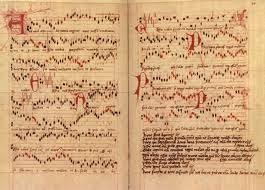 It was the period in which to organ was developed and the violin. 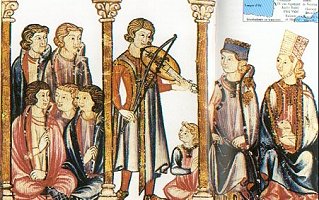 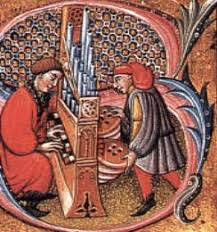 It was an age that saw the invention of the chimney and saw huge strides in architecture as well — the great cathedrals soaring hundreds of feet into the air as well as the military architecture such a the great concentric castles of the crusader states. 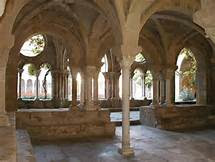 It was an age that saw the adoption of the compass and of ocean-going nautical architecture including the central rudder. 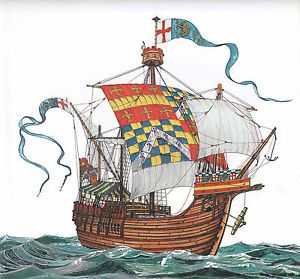 It saw the introduction of brakes to wagons, and swivel axles, both radical innovations in their day. 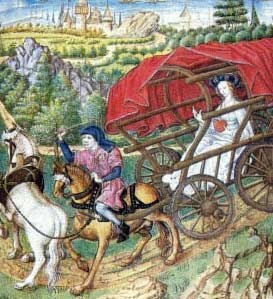 These, combined with the development of the horse-collar and the breeding of larger, stronger horses enabled the transport of heavy cargoes and equipment inland away from rivers. This was as significant advantage in warfare, where it helped, for example, the deployment of siege engines. Yet, far more important was the impact of horse power on agriculture. Horses could plow at twice the speed of oxen, enabling a doubling of production. Indeed, they made it possible to bring more land under cultivation. In consequence, most peasants moved beyond subsistence agriculture to cash-crops and, except in periods of exceptional natural or political phenomenon, had enough to eat to reach their full genetic potential. (For more on medieval horses see: Forgotten Heroes of the Middle Ages) 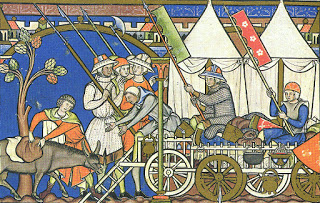 It saw a massive expansion in the use of water power for grinding corn, irrigation and sewage systems.

It saw the introduction of clocks and eye-glasses. By the 14th century, eye-glasses were being mass produced in both Venice and Florence. 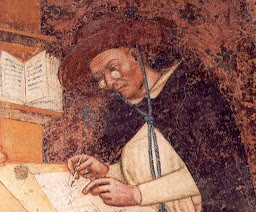 In conclusion, let me quote Professor Rodney Stark: “…the so-called Dark Ages were a period of profound enlightenment in both the material and intellectual spheres, which when combined with Christian doctrines of moral equality, created a whole new world based on political, economic, and personal freedom.” [The Victory of Reason (New York: Random House, 2006) 68.] You can find my six part series about “Myths about the Middle Ages” starting with: Myths of the Middle Ages 1: Autocratic Kings and Oppressed Subjects on my author blog.

All my novels set in the medieval Levant attempt to realistically depict the Middle Ages. Find out more at: https://www.helenapschrader.com/crusades.html