The loss of Edessa shook Europe. The First Crusade had already become legendary and very few living in the West had any idea of how vulnerable the crusader states had been in the intervening forty-five years. Indeed, Europeans were largely unaware of the frequent setbacks suffered, the high cost (in blood) of the victories, or the continuing threats faced by the Franks in the east. To most Europeans, it appeared that God had granted the Holy Land to the Christians and all was well with the world — at least the world Beyond the Sea. As a result, the loss of Edessa shattered their world view and triggered a new crusading frenzy that culminated in what is known as the Second Crusade. 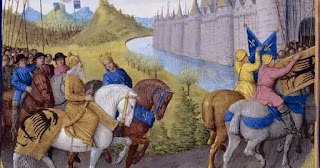