This late 19th Century biography of Saladin, purporting to be the first serious, full-length biography of the famous 12th century Kurdish leader in the English language, has had a disproportionate impact on our imagine of Saladin ever since. To this day, popular images of Saladin, in fiction and film, conform to the contours laid down by Lane-Poole. Unfortunately, Lane-Pool’s biography is based almost exclusively on the eulogies of Saladin’s court biographers rather than on a sober analysis of the historical record.

Lane-Poole slavishly follows his pro-Saladin sources without standing back to question or balance these sources with information drawn from other chronicles and historians or – indeed – simple common sense.  It gets very tedious to have every tactical defeat of a Christian force portrayed as a “humiliating retreat” with the Christians departing “with their tails between their legs” – in one case this was after just one week in the field! -- while every set back Saladin suffered (and he had many!) is explained away as a wise decision not to pursue a time-consuming campaign or the need to let his troops go home to see their families.  Indeed, Lane-Poole mentions several times how attached Muslims are to their wives and children, but does not credit Christians with the same feelings.  As for Saladin’s defeat at Montgisard, where Saladin’s army of 20,000 was put to flight by roughly 500 knights led by a 16 year old king suffering from leprosy, it is glossed over as “inexplicable” and takes up less than two pages of the narrative. A real biographer would have been intent on explaining both how it happened and what Saladin learned from it. As a historian, the latter point is particularly important as such a bitter defeat (Saladin had to escape on a pack camel and lost almost his entire body guard) surely left its scars on his psyche.

It is likewise the mark of a dilettante rather than a historian to claim that Richard I “was honeymooning” on Cyprus, when in fact he was conquering the island from a tyrant and by so doing secured the lines-of-communication and a breadbasket for the crusader states for the next hundred years. Indeed, the Latin Kingdom of Cyprus outlived the Kingdom of Jerusalem by more than 200 years.

The book is also littered with gratuitous and unfounded insults as well. For example, Lane-Poole calls the sailors of the age “timid” because they did not venture into the Mediterranean in winter.  Apparently, Lane-Poole has never seen the fury of Mediterranean winter storms much less considered what it would be like to face them in a fragile wooden vessel without weather reports, radar, navigational equipment, radio communications etc. etc.  Lane-Poole’s bias is so extreme it is even applied to little things such as the way the “wooden [sic] bells of the Christians harshly clashed [wood?] instead of the sweet and solemn chant of the muezzin.” (As someone who hears the call to prayers five times a day, I beg to differ with that utterly subjective statement!)

About four fifths of the way through the book, Lane-Poole casts aside all pretense of being a historian and biographer and declares his partisanship in the statement: “But the students of the Crusades do not need to be told that in the struggle of civilization, magnanimity, toleration, real chivalry, and gentle culture were all on the side of the Saracens.” (Chapter XIX) Now, students of the crusade know just the opposite: that there were atrocities, betrayals, cruelties, excesses and also magnanimity, generosity, courage and gentle culture on both sides. 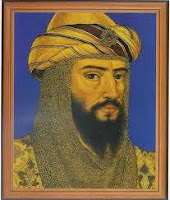 Writing almost a century later, Andrew Ehrenkreutz has produced a meticulous biography worthy of the name and by far the best description and analysis of Saladin’s career that I have found to date. Ehrenkreutz has drawn on a wider array of sources than Lane-Pool, although he naturally depends most heavily on the Arab-language sources of those closest to Saladin and other contemporaries. This biography makes a serious attempt to explain Saladin’s actions and does not shy away from exposing his duplicity, hypocrisy, and ruthlessness.

The book consciously sets out to rectify what Ehrenkreutz calls “the still prevalent vulgarization of Saladin’s career.” His meticulous research and systematic analysis of Saladin’s career reveals step-by-step a pattern that Ehrenkreutz summarizes in his final chapter as follows: “Most of Saladin’s significant historical accomplishments should be attributed to his military and governmental experience, to his ruthless persecution and execution of political opponents and dissenters, to his vindictive belligerence and calculated opportunism, and to his readiness to compromise religious ideals to political expediency.”

Ehrenkreutz shreds to tatters the notion that Saladin was particularly “chivalrous.” He notes his role in the murder of the vizier of Egypt Shawar, his brutal massacre of the defenseless women and children of the Sudanese palace guard, his “cynical violation of his safe-conduct pledge” to the defeated soldiers, and his systematic intriguing against the man who crowned him with the office of vizier, the Fatimid Caliph al-Adid, as well as his purge of the entire Fatimid elite after his coup d’etat. And all these bloody and dishonorable deeds are only in the first eight years of Saladin’s political life!

Nor does Saladin’s record improve. Ehrenkreutz shows that Saladin intrigued against his liege-lord, Nur ad-Din, that he “avenged” his own strategic failings at Montgisard by ordering his entourage to murder helpless Christian prisoners caught a few months later, he slaughtered another Christian prisoner just because his 18 year old son got a scratch on his face at the Battle of Arsuf, and, of course, he ordered the slaughter of bound the Templars and Hospitallers after Hattin.

Ehrenkreutz’s principal thesis is that Saladin was primarily interested in establishing an empire ruled from Damascus. Ehrenkreutz argues that “jihad” against the Kingdom of Jerusalem was hardly more than a propaganda device designed to justify the “unification” of the Muslims — meaning the relentless expansion of Saladin’s own power at the expense of all other Muslim rulers and regimes.  He notes further that, despite the brilliant victory at Hattin (handed Saladin on a silver platter by the incompetence of Lusignan’s leadership) and subsequent inevitable capture of Jerusalem, Saladin singularly failed to exploit his overwhelming military superiority to really wipe out the crusader states. Instead, he left Tripoli and Antioch in place and ultimately lost the coast of the Levant to Richard the Lionheart. As for Egypt, Ehrenkreutz laments that “Saladin’s policy towards Egypt is a depressing record of callous exploitation for the furthering of his own selfish political ambitions.”

Throughout the book, Ehrenkreutz’s sympathies clearly lie with Egypt — not the Kurdish adventurer Saladin or the Crusaders. He describes Saladin’s capture of Jerusalem in 1187 as a “liberation,” without a ghost of an explanation on just who was liberated. Certainly not the population which was 100% Christian at the time nor the Holy Places that belonged predominantly to Christianity and Judaism! Indeed, his knowledge of the crusader kingdoms is so superficial that he consistently refers to the Principality of Antioch as the County of Antioch. He casually claims that “court intrigues gave rise to factionalist tensions and disputes, virtually bringing the kingdom to the brink of civil war” at a time when Baldwin IV was firmly in command and held the unwavering loyalty of all his subjects. He describes the crusader states as weak at a period when they were consistently thwarting Saladin’s invasions.

In short, this book has its weaknesses, but on the whole they are less offensive than the pro-Saladin bias of most biographies. The detail provided here is very useful to anyone interested in the period, although the plethora of Arab names and the details of Saladin’s many intrigues will make it hard for many not well-versed in Arab history to follow.


Saladin plays a major role in the second book of my biography of Balian d'Ibelin:


A divided kingdom,
a united enemy,
and the struggle for Jerusalem.
'

Read more about the age and opponents of Saladin at: Balian d'Ibelin and the Kingdom of Jerusalem.