Clash of Culture and Character: Richard the Lionheart vs. Balian d'Ibelin 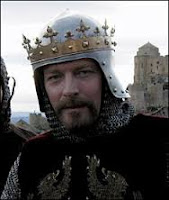 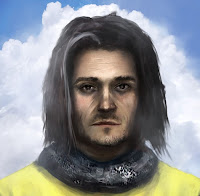 Richard Plantagenet, King of England 1189 – 1199, known as Richard the Lionheart(ed), was a charismatic king in life and literature. He was also a contemporary and, at times, an opponent of Balian d’Ibelin, the hero of my Jerusalem Trilogy. The reasons for their initial conflict were both political and personal, yet in the end, they found common ground, developed mutual respect, and Ibelin became Richard’s envoy to Saladin. The shift from confrontation to cooperation reveals a great deal about and reflects well on Richard, as he was the one who moved most, but the clash also tells us a great deal about Ibelin and the crusader states themselves.

The differences between Ibelin and Richard Plantagenet started at birth. Richard was born to power, wealth, influence and title. The second son of two of the most powerful rulers in Christendom, he was already invested with one of the richest duchies in the West by the age of 13. He rebelled against his father at 15, and for the next 17 years, he was almost continuously at war ― against his father, his brothers, his vassals, and/or his would-be brother-in-law. He was viewed by the Church as excessively proud, greedy and sexual.

Ibelin, in contrast, was a younger son of a comparatively insignificant “rear vassal” (i.e. not a crown vassal, but a vassal to the Count of Jaffa). In other words, he was born into a position of subordination to his father/elder brother, who in turn was subordinate to both the Count of Jaffa and the crown. Although he is known to have fought at the Battle of Montgisard, he did so as a bachelor knight, not as a commander, and probably did not command troops before the age of 30. There is no reason to think that he was particularly ambitious much less proud or greedy. On the contrary, Ibelin had a reputation for piety and compassion, as evidenced by his willingness to stand surety for the ransoms of the poor during the negotiations for the surrender of Jerusalem. Despite the slander of chroniclers writing decades after his death, the historical record is rather of a man who was self-effacing and comparatively humble.
We also know that Richard was flamboyant and showy. He liked being the center of attention ― especially on the battlefield. Richard was at the front in any attack and excelled in action. Ibelin, on the other hand, appears to have been a competent military leader, but not a dramatic one. His greatest military achievements were holding together the rear-guard at Hattin and, more important, the organization of women, priests and other non-combatants into a force capable of holding off assaults by the victorious army of Saladin at Jerusalem. These were defensive battles, and Ibelin organized them but did not engage in the kind of glamorous heroics for which Richard was famous.

Yet despite these clear differences in temperament and personality, what most set Richard and Ibelin apart was that Richard was a crusader, while Ibelin was a native of Outremer. This determined their initial attitudes and positions at the start of the Third Crusade. Richard arrived in the Holy Land determined to regain Jerusalem ― and consciously or unconsciously convinced that the men of Outremer had lost it either through their sins or their incompetence. Richard, like other crusaders from the West, were quick to see the natives of Outremer as decadent and compromised. Ibelin, naturally, placed the blame for the catastrophe on its architect, Guy de Lusignan, not the entire nobility and population of Outremer. Furthermore, Ibelin was more familiar with the enemy, their tactics, ideology, strengths, and weaknesses.

To Richard’s credit, he appears to have learned about his opponents very rapidly, yet Richard's support for Guy de Lusignan was utterly unacceptable to Ibelin (and the other barons of Outremer). It was Richard’s insistence that Guy de Lusignan was a legitimate king with the right to again control the fate of the Kingdom of Jerusalem that made it impossible for Ibelin and Richard to see eye-to-eye.
Ibelin recognized Conrad de Montferrat at the rightful king of Jerusalem by right of his wife, Ibelin’s step-daughter Isabella of Jerusalem. Because of this, he was willing to act as Montferrat’s envoy to Saladin in the fall of 1191, which put him in direct conflict with Richard. Montferrat was willing to cut a deal with Saladin not only behind Richard’s back but effectively against Richard.  Saladin called Montferrat’s bluff, and broke off the negotiations with him, but the fact that Ibelin had represented Montferrat in some of these negotiations naturally made him seem a traitor to Richard, at least in the eyes of some of his followers and later chroniclers.

Yet less than a year after his arrival in the Holy Land, Richard was forced to withdraw his support for Lusignan and accept Montferrat as king. It is highly significant that in the tug-of-war over who should be king of Jerusalem it was the highly successful and charismatic Plantagenet that ultimately gave way to the largely humiliated and discredited barons of Jerusalem -- led by Ibelin. Ibelin himself, of course, had not been discredited or humiliated in the same way or to the same extent as his colleagues; he had not been taken captive at Hattin. Yet, he certainly had not delivered the kind of victories that Richard the Lionheart had from the conquest of Cyprus to the capture of Acre and the Battle of Arsuf.

This says a great deal about the self-confidence and independence of the barons of Outremer -- or at least about Ibelin himself. Apparently, Ibelin was prepared to face the powerful Plantagenet down, risk  his displeasure, and even his withdrawal from the fight for Jerusalem. Ibelin's stance here foreshadows the attitude of his eldest son, who would face down the might of the Holy Roman Empire and lead a baronial revolt against the autocracy of Friedrich II.
Yet it is also to Richard’s credit that he did not insist on his royal prerogatives. Indeed, his willingness to abandon his protege Lusignan belies attempts to portray him as stupid or excessively proud. The fact that he both recognized his mistake and was willing to reverse his policy are evidence that Richard was more concerned about solutions than personal pride. He was capable not only of compromise but of backing down publicly and completely.

How well he would have worked together with the equally flamboyant and prickly Montferrat is another question.  Fortunately, Montferrat soon fell victim to an assassination. The selection of Richard’s nephew Henri de Champagne to replace Montferrat made it even easier for Richard to jettison Lusignan and work closely with the now reconciled High Court of Jerusalem ― headed by Ibelin.

After Champagne’s election as King of Jerusalem, Ibelin supported Richard’s crusade. He is specifically named as commanding (again) the rear-guard of the army sent to the relief of Jaffa, after Richard went by ship to stiffen the resistance of the garrison. He is also the first and foremost of the emissaries Richard sent to Saladin to negotiate a truce that would enable Richard to return home to his threatened inheritance. Obviously, this had in part to do with the fact that Ibelin had distinguished himself in negotiations with Saladin before, notably at Jerusalem. Nevertheless, no man selects an envoy he does not trust and respect. It is therefore safe to say that in the almost exactly 16 months Richard the Lionheart spent in the Holy Land, he had come to appreciate, respect, and possibly even like the so very different Baron of Ibelin. I think it is fair to assume that Ibelin’s attitude toward the Plantagenet also underwent a sea change in this same period.

The change in the relationship between Richard of England and Balian d’Ibelin is a central dynamic in the last book in my Jerusalem Trilogy, “Envoy of Jerusalem.” 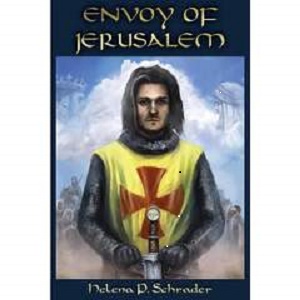