The Crusader States in the Early Thirteenth Century - Prosperous and Flourishing

Last week I pointed out that the crusader states in the 13th century are usually portrayed as fragile, vulnerable and tottering on collapse. Yet as historian Stephen Donachie has argued persuasively in a variety of fora, this is a gross exaggeration that reduces nearly a century of history to a single snapshot taken at the end of that hundred years. The fifty years following the arrival of the Third Crusade until the catastrophic defeat of the Frankish army at La Forbie in 1244, was actually a period of comparative prosperity, peace, security and even expansion.

I provided a synopsis of the key events and factors shaping the geopolitical situation in the crusader states between 1190 and 1244 last week. Today I want to look at the economic factors which played a decisive role in the sustainability of the Frankish states in the first half of the 13th century.
The reason the crusader states of the early 13th century were viable, despite the loss of nearly all the inland territory that had sustained the First Kingdom of Jerusalem, can be summed up in one word: Cyprus. Despite the loss of most of Galilee, Samaria, and Palestine, the crusader states on the coast of the mainland were not weak because they could draw on the rich resources in manpower, foodstuffs and finished products of Cyprus.  In terms of prosperity, if not security, Cyprus more than compensated the Frankish settlements in Syria for the territory that remained in Saracen hands.
First and foremost, Cyprus was the bread-basket of the Frankish states. Cereals, particularly wheat and barley, were the principal crops of Cyprus. They were produced in quantities far in excess of domestic consumption, making cereals a major export commodity.
In addition, Cyprus produced and exported cotton, sesame, and olives.  Olives were used in the production of both oil and soap, an important value-added product that brought high margins, particularly when scented with any of the readily available herbs like rosemary or thyme. Sugar production was another important economic activity and contemporary sources claim the best powdered sugar came from Cyprus.  Other coveted agricultural products produced on Cyprus were beeswax, honey, raisins, wine, and almonds. Cyprus was famous for its wine as well, a product that found favor in the royal courts across Western Europe. Last but not least, timber from the abundant and old forests on the island was highly coveted because lumber was needed to build the Italian ships that now dominated the Mediterranean. These products made the Frankish elite on Cyprus very rich indeed. 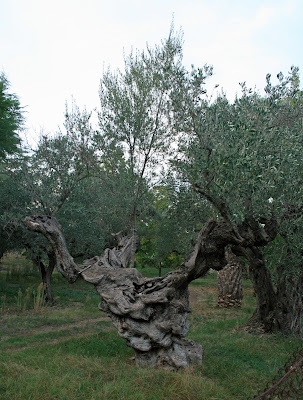 While unsuitable for long-distance export, the standard of living of the inhabitants of both Cyprus and the crusader states of the Levant was increased by the cultivation and sale of dietary supplements such as oranges, lemons, limes, bananas, pomegranates, mulberries, figs, apples, peaches, walnuts, almonds, and, of course, grapes. Likewise, although game was limited on the mainland due to the density of population, Cyprus still had deer, wild sheep, and boar, as well as hare and rabbit. Domesticated livestock included cattle, sheep, goats, pigs, chickens, geese, pigeons.  Horses, donkeys, and camels were all used extensively for transport, and horses were among the exports from Latin Greece.
Nor were all exports agriculture in nature. Silk and silk fabrics, particularly material using spun gold either in the weave or embroidered, were produced in the crusader states. Because the rare porphyria snails which produce purple dye were found only off the coast of Beirut and in the Gulf of Laconia (both under Frankish control in the first half of the 13th century), this dye or fabrics produced using it were another important source of income. Another popular luxury good produced in Outremer was glass. Tyre was famous for particularly clear glass, Beirut for red glass. Soap, particularly scented soap, was another popular product exported to the West. 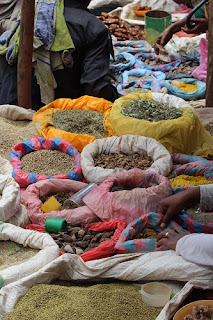 But not all trade was in products produced locally. Immensely important to the prosperity of the crusader states was the transit trade, i.e. trade in goods that originated beyond the borders of the crusader states and was destined for customers likewise beyond Outremer. Beirut, Tyre, and Acre particularly were funnels for goods bound for Constantinople, Italy, Sicily, and Western Europe from as far away as China and India. The lords of Outremer taxed both imports and exports. They charged anchorage and demurrage fees in their harbors. They taxed the goods passing into their cities from landward as well as seaward, ensuring that they profited from the caravans coming from Aleppo, Damascus, and Ascalon as well as the ships from France, Spain, and the Holy Roman Empire.
The goods passing through were some of the most coveted of the age, ensuring high margins for merchants ― and tax collectors. For example, the famed spices and perfumes of the Orient passed through the ports of the Levant.  So did important pharmaceuticals such as opium. Ivory, incense, and gold were other coveted exports from the lands East of Outremer.  Fur, amber, wool and woolen fabrics, and iron were just some of the products imported from the West and bound for destinations further east. While weapons, to the scandal of Churchmen and Imams alike, passed in both directions.
The combination of expanding borders (i.e. increasing security) and sustained prosperity created an environment in which the inhabitants of the crusader states lived in comparative comfort and, indeed, luxury. Visitors from the West were impressed, not to say astounded or offended, by the lifestyle of the residents. The Lusignan palace in Nicosia inspired admiration and comment for its great throne room, balconies, baths, gardens, menagerie, gold ornaments, tapestries, and clocks. (Hazard, Harry W ed. A History of the Crusades: The Art and Architecture of the Crusader States, p. 175.)  The polychrome marble, mosaics, painted ceilings and indoor fountains at the Ibelin residence in Beirut ignited the wonder of visitors. The hunting dogs, hawks, brightly painted galleys, and livery of the servants and soldiers were other sources of admiration and wonder. In short, wealth and security were the foundation for a cultural flourishing that expressed itself in the construction of magnificent cathedrals, monasteries, palaces and commercial buildings, as well as in the significant writings of the Frankish elite. 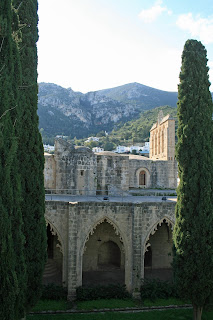 Yet it would be wrong to see the society of the crusader states as fundamentally decadent. The military elites of this society might have enjoyed exceptional luxury of lifestyle, but they remained fighting-men with agricultural holdings (now on Cyprus rather than in Syria) as the foundation of their status and wealth.  They were also engaged in a series of armed conflicts during this period. They actively participated in the Fifth Crusade in Egypt.  After a civil war stretching nearly two decades and involving several military campaigns, they effectively drove the Hohenstaufen Emperors out of Outremer. They participated in the crusade led by Champagne and Cornwall ― and pushed their luck too far in the military operations that ended in disaster at La Forbie.
Far from being a precarious period overshadowed by a sense of doom as most writers would have you believe, this was arguably one of the most pleasant periods in the history of the crusader states. It was not until the rise of Mamluks, with their far more brutal and duplicitous tactics, that the crusader states came again under unremitting and ultimately overpowering attack.
Dr. Schrader's new series is set in the first half of the 13th century starting with: