The Castle of the Queen - Kantara Castle

Kantara, like St. Hilarion, is located on Cyprus. Its foundations stretch back before the crusader period, but it played an important role in crusader times. It is also shrouded in mystery and legends in addition to being located in a spectacular landscape. 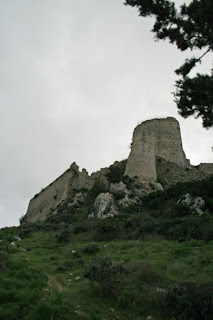 The view up to the castle.
Kantara is located on the tip of a long, narrow ridge as the Kyrenia mountain range comes to an abrupt end overlooking the plain of Karpas. It sits 630 meters (2,067 feet) above the Mediterranean. 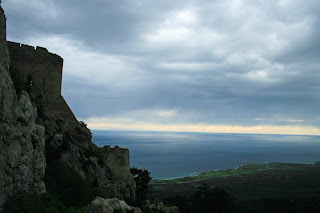 And the View Down to the Sea
Although the fundamental structure was constructed under the Byzantine Emperor Alexius I Comnenus  after the Greek Empire re-established firm control over the island of Cyprus, the name is thought to derive from Arab the words "kandara" (high building) or "kandak" (castle).  This suggests there may have been an earlier structure, an outpost or watch tower, that occupied this strategic location before the Comnenus Emperor constructed a full-fledged castle.
During Richard the Lionheart's invasion of Cyprus in 1191, Kantara served as a temporary refuge for the Greek tyrant Isaac Comnenus, and not even the great Lionheart made any attempt to take it.  Then again, he didn't need too. He captured the seaside fortress of Kyrenia instead and with it Isaac's beloved daughter. The tyrant submitted without any further resistance after his daughter's capture. 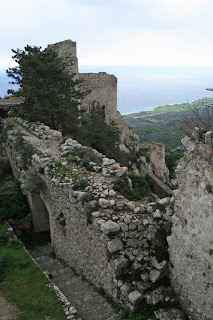 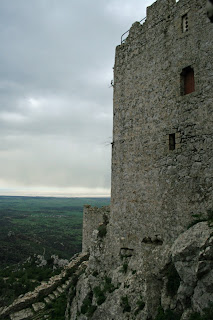 The castle only surrendered after ten months of siege due primarily to dwindling supplies and the demoralization of the garrison after the death of their commander, Gauvain de Cheneche. The latter was one of the five baillies appointed by Frederick II. (See: The Emperor's Men)
During the Genoese occupation of Cyprus in late 15th century, the castle was held for the crown and was twice attacked by Genoese forces. It resisted both assaults successfully, and became the base for counter-attacks, preventing Genoese control of the Karpas peninsula. 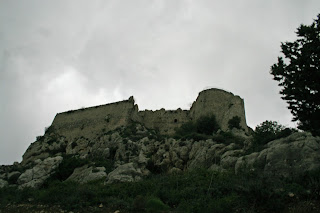 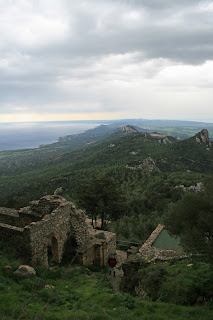 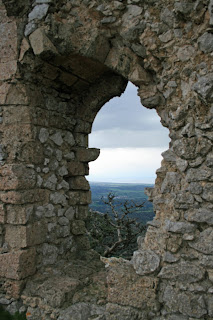 Kantara certainly captured my imagination and my heart. It is the setting of many episodes of the (unpublished) "Lion of Karpas" and has a modest role in "The Last Crusader Kingdom" and is an important venue of key events in "Rebels against Tyranny."