Demographic Overview of the Crusader States 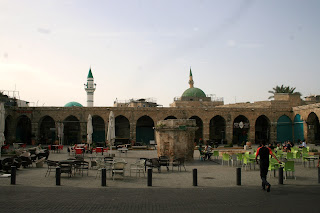 [i] The myth of Muslim tolerance is so embedded and widespread in modern Western views of Middle Eastern history that it cannot be addressed adequately in this book. The documentary evidence of Islamic oppression and religiously-rationalised exploitation, humiliation, enslavement and extermination are, in fact, vast. Readers interested in the topic should start with Bat Ye’or’s books such as The Decline of Eastern Christianity under Islam: From Jihad to Dhimmitude (Madison, NJ: Fairleigh Dickinson University Press, 1996) for the situation in the Near East or Dario Fernandez-Morera’s The Myth of the Andalusian Paradise: Muslims, Christians, and Jews Under Islamic Rule in Medieval Spain  (Intercollegiate Studies Institute, 2016). For specifics on forced conversions, see Ye’or, 88-91. Both book provide ample bibliographies for pursuing further study on the topic.

[ii] See note 1, Bat Ye’or, The Decline of Eastern Christianity under Islam: From Jihad to Dhimmitude (for the situation in the Near East) or Dario Fernandez-Morera’s The Myth of the Andalusian Paradise for Islamic Spain.

[iii] Yuval Harari, ‘The Military Role of the Frankish Turcopoles: A Reassessment’, in Mediterranean Historical Review:  12:1:105.

The bulk of this entry is an excerpt from Dr. Schrader's comprehensive study of the crusader states.
Order now!
Dr. Helena P. Schrader is also the author of six books set in the Holy Land in the Era of the Crusades.